How to remove chlorine and chloramine from tap water?

Why are chemicals such as chlorine and chloramine added to tap water? How can you remove or reduce the chlorine in tap water?

Chlorine and chloramine are used to kill bad microorganisms (pathogens) in tap water and keep it safe for drinking. But there are also problems and risks with chlorine including poor taste and odor, cancerous bi-products and negative impact on sensitive pets and plants.

An affordable water filter such as TAPP Water will remove 98% of the chlorine and chloramine at the point of use and makes the tap water taste better and safer to drink.

Why are chlorine and chloramine added to tap water?

Generally the water that comes out from the water treatment plant is free from pathogens but as the water travels through the pipes to the faucet in your home a lot can happen. Pipe leakage, water tanks, water that sits in the faucet for a period. Chlorine and chloramine is very efficient in killing the bad bacteria as long as there is a minimum concentration at the faucet.

Chlorine has been used for 100 years to keep tap water safe to drink. When chlorine was first introduced to the water supply, it brought a rapid reduction in the spread of disease and other water-borne ailments. It made it easier for cities and towns to purify drinking water and to keep their residents safe.

Chlorine kills microorganisms such as bacteria, germs, infections, and protozoans. The objective is to keep chlorine at a sufficient level all the way to the tap as organisms could be picked up along the way due to old pipes, leaks or contamination. EPA, WHO and other international organisations have set these targets based on safe levels for humans.

Chloramine which in simple terms is made up of ammonia and free chlorine works in a similar way to chlorine. The reason it’s used more and more frequently for water treatment is that the taste and odor are better than chlorine. The amount of chlorine or chloramine added depends on how much is required to destroy all organisms in the water systems. Normally greater amounts are required for hard water. Using a free-chlorine test-strip on water treated with chloramine will not show any results, as the free-chlorine has turned into chloramine in the presence of ammonia.

Why do you want to remove or reduce chlorine and chloramine?

With hundreds of studies carried out, there is little evidence that the recommended levels of chlorine and chloramine have any direct negative health impact on humans. However, there are indirect issues

Consequently, removing chlorine and chloramine from drinking water can be a good idea.

How can I remove chlorine and chloramine from tap water?

EcoPro which is an affordable high-quality water filter has been independently tested and proven to remove more than 95% of chlorine and chloramine. The filter is made up of an organic carbon block that provides both activated and catalytic carbon.

An added advantage of EcoPro is that it does not filter out healthy minerals and that the cartridges are biodegradable. Only use independently tested and certified water filters and check specifically that it’s tested to remove chloramine if this is the concern.

Now you know why there is chlorine in tap water. Learn more about how water filters work and free and total chlorine in our other blogs. 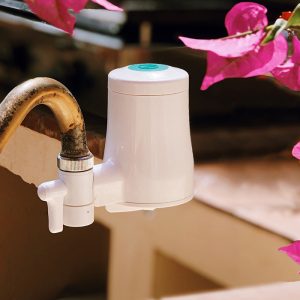 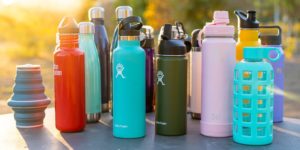 What are Microplastics? And 6 tips on how reduce to them

10 thoughts on “How to remove chlorine and chloramine from tap water?”