Can I drink the tap water in Paris (France)?

If you’re visiting Paris, moving to Paris or living in Paris you might wonder if the tap water in Paris is safe to drink. Should you buy bottled water, boil the water or use a water filter?

The good news is that Paris tap water is considered safe to drink according to French, EU and international standards (WHO).

Where does the tap water in Paris come from?

Eau de Paris is the local water provider responsible for providing safe drinking water to every tap in the metropolitan area. Half of the water Parisians consume comes from rivers and the other half from underground sources (aquifers). Most of the underground capturing is from natural emergencies with no impact on water table levels. The river water is capture from Seine and Marne upstream from Paris. This water is not considered potable at the source so it must go through multiple layers of filtering including activated carbon and ultra-filtration.

One very unusual thing about Paris is that there are two water supply systems. Each serves different purposes with varying purity levels. (1) is for tap water and (2) is unfiltered water that is used for cleaning and flushing the streets. There is no mixing of water from the two systems, so don’t worry when you drink Paris tap water; it is safe and I like the taste. If you want to know more about the Paris Water Supply visit Le Pavillon de l’eau (Paris has got to be one of the only cities with an entire museum devoted to its water and water supply).

There have been indoor running water in Paris since 1781, albeit there were only 125 houses connected at that point. The tap water today is much safer than it was back then.

Every day at the Eau de Paris research and analysis laboratories receive and record over 200 samples which divided among different chemical, organic chemistry, bacteriology, and corrosion departments. These samples come from a variety of sources. First, there is the water taken by the laboratory teams from the distribution system and from the Eaude Paris reservoirs in the city and nearby suburb. Finally, samples are also taken from individual households to ensure the water coming out of the tap is safe to drink.

One substance that is closely monitored is Nitrates. Excessive consumption – especially by infants and young children – has health drawbacks if they break down into nitrites in the body. The quality standard (50mg/l) of European origin, conditions the potability of water. It was determined under a principle of prevention to protect the quality of resources used to provide drinking water and taking into account the different sources of food exposure. Paris water with a content ranging from 20 to 38 mg/l during the year is below the norm. Therefore poses no or little risk for adults in terms of nitrates. Nitrates are naturally present in many foods (charcuterie, vegetables, fruits, etc.).

Microplastics have been found in 72% of water samples taken in Paris. Currently, there is no official limits or regulation but it’s unlikely to be healthy.

Locals and authorities both swear by letting the drinking water to “breathe” to get rid of the taste and scent of chlorine. Simply put your tap water in a water bottle, without a lid, and leave it in the refrigerator for a few hours. This will let the smell escape.

What is the mineral content of Paris tap water?

The hardness of the water in Paris is between 20 and 30 degrees French (80-120 mg/L of calcium). This is considered just on the limit to hard water and will cause some limescale.

With an average close to some natural mineral waters (80 to 100 mg/l), the daily consumption of one liter of Paris water covers 10% of our daily calcium needs and 25% for a child. Paris water contains an average of 10 mg/l of sodium. It is, therefore, suitable for people on a low-sodium diet.

What are the potential issues with tap water in Paris?

Do you need a water filter in Paris?

There are a couple of reasons to use a water filter in Paris:

What filter should you use in France? We recommend TAPP 2 as the most sustainable and affordable alternative. Read more about Brita vs TAPP and PUR, Culligan vs TAPP to see how water filters compare.

Read more about how to choose the best faucet water filter for you?

What about bottled water in France?

Most waiters and waitresses in restaurants, bars and cafes will offer bottled water first when you ask for water. A lot of Parisians also consume bottled water at home due to taste preferences and health concerns. However, there is no evidence that bottled water is healthier than tap water.

Bottled water can be purchased in stores and restaurants throughout the city. This includes brands such as Evian, Vittel, Volvic, Badoit, Contrex, and Hèpar.

Based on the tests carried out by OrbMedia in 2018 93 % of the bottled water brands were found to contain microplastics. Some with up to 10,000 particles per liter.

Although France has a pretty good 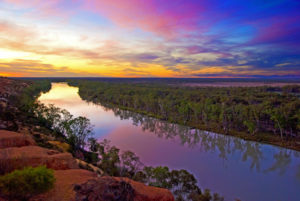 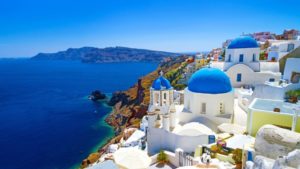 Can I drink the tap water in Milan?