What does activated carbon filters remove from tap water?

Activated carbon filters are pretty miraculous in terms of their abilities to remove contaminants, odor and bad taste from tap water. But how do they work and do you need one?

Here’s a simple overview of how active carbon filters work, what they remove and the limitations.

How do activated carbon filters work? 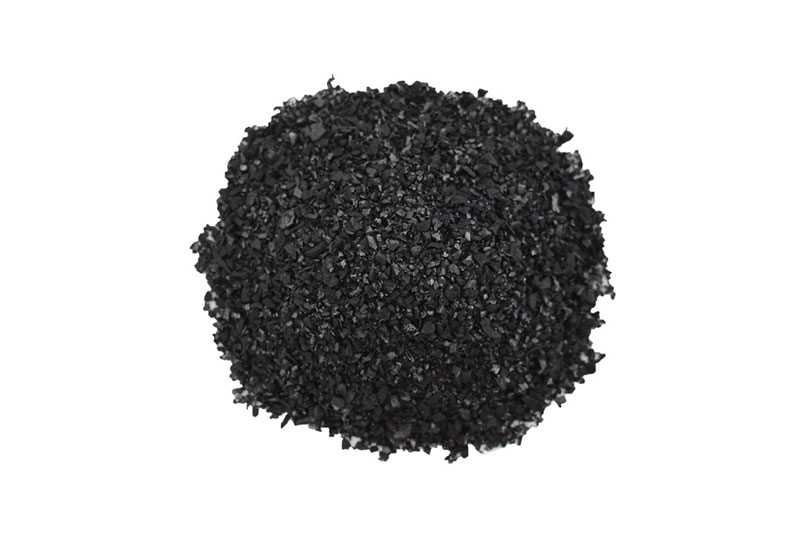 Activated carbon filters sometimes referred to as charcoal filters contain small pieces of carbon, in granular or block form, that have been treated to be extremely porous. Just 4 grams of activated carbon has a surface area the equivalent of a football field (6400 sqm). It’s the massive surface area that allows active carbon filters to be very effective in adsorbing (essentially removing) contaminants and other substances.

In addition to the surface area active carbon filters may have different capabilities in terms of the size of contaminants they remove. One factor is the quality of the activated carbon with coconut shells proven to have the best efficiency. Activated carbon can also be made of wood or coal and sold as granular activated carbon or carbon blocks.

Another factor is the size of the particles that the filter will allow through as this provides a second defence. Granular activated carbon (GAC) has no specific limit as the material is porous. Activated carbon in the form of carbon blocks on the other hand usually have a pore size of between 0.5 to 10 micron. The problem with the smallest sizes is that the water flow ends up being reduced as even the water particles struggle to get through. Therefore the typical carbon blocks are between 1-5 micron.

What does active carbon filters remove and reduce?

Activated carbon can be effective in reducing hundreds of substances including contaminants and other chemicals from the tap water. However, the most cited studies by EPA and NSF claim effective removal of between 60-80 chemicals, effective reduction of another 30 and moderate reduction for 22.

The range of effective removal is important and depends on the quality of the activated carbon used and in what form (GAC vs carbon block). Make sure to chose a filter that removes the contaminants of concern for your local tap water.

These are the specific contaminants and other chemicals that charcoal filters remove.

Most public tap water in Europe and North America is highly regulated, tested and certified for drinking. However, to make it safe, chlorine is added which may make it taste and smell bad. Activated Carbon filters are excellent at removing chlorine and related poor taste and odor. High quality activated carbon filters can remove 95% or more of the free chlorine.

For more details on this read about total and free chlorine.

Chlorine should not be confused with Chloride which is a mineral combined by sodium and calcium. Chloride may actually increase slightly when the water is filtered with activated carbon.

The most common concern about tap water is by-products (VOCs) from chlorine such as THMs that are identified as potentially cancerous. Activated carbon is more effective than any other filter technology in removing these. According to EPA it removes the 32 most common chlorine by-products. The most common measured in tap water reports is total THMs.

Chloride is a natural mineral that helps maintain proper blood volume, blood pressure, and pH of body fluids. However, excessive Chloride in water may cause a salty taste. Chloride is a natural component of tap water without any negative health aspects. It’s a part of the chlorination process of drinking water from harmful bacteria and viruses. It does not need to be filtered or removed but activated carbon typically reduces chloride by 50-70%. In exceptional cases chloride may actually increase.

Pesticides are substances that are meant to control pests, including weeds that end up in groundwater, lakes, rivers, the oceans and sometimes tap water despite treatment. Activated Carbon is tested to remove the 14 most common pesticides including Chlordane, Chlordecone (CLD/Kepone), Glyphosate (Round-up), Heptachlor, and Lindane. This also includes Nitrate (se below).

Herbicides also commonly known as weedkillers, are substances used to control unwanted plants. Activated Carbon is tested to remove 12 of the most common herbicides including 2,4-D and Atrazine.

Nitrate is one of the most important compounds for plants. It is a rich source of Nitrogen, which is essential for plant growth. Nitrate has no known harm-effect on adults unless it’s extremely high amounts. However, excessive Nitrate in water can cause Methemoglobinemia, or “blue baby” disease (Lack of oxygen).

Nitrate in tap water primarily originates from fertilizers, septic systems, and manure storage or spreading operations. Activated carbon typically reduces nitrate by 50-70% depending on the quality of the filter.

PFOS is a synthetic chemical used in e.g. fire-fighting foam, metal plating and stain repellents. Over the years it has ended up in the environment and drinking water sources with a couple of major incidents in North America and Europe. According to a 2002 study by the Environmental Directorate of the OECD “PFOS is persistent, bioaccumulative and toxic to mammalian species.” Activated Carbon has been found to effectively remove PFOS including PFAS, PFOA and PFNA.

Phosphate, like nitrate, is essential for plant growth. Phosphate is a strong corrosion inhibitor. High concentration of Phosphate has not shown any health risks for humans. Public water systems (PWSs) commonly add phosphates to the drinking water to prevent the leaching of lead and copper from pipes and fixtures. High quality charcoal filters typically remove 70-90% of phosphates.

Lithium occurs naturally in drinking water. Although it exists at very low rate, Lithium is actually an antidepressant component. It has shown no harmful effects on the human body. Lithium can be found in continental brine water, geothermal waters, and oil-gas field brines. Charcoal filters such as TAPP reduce 70-90% of this element.

Microplastics are the result of plastic waste in different kinds of sources. The precise effect of microplastics on human health is difficult to determine for a variety of reasons. There are many different types of plastics, as well as different chemical additives that may or may not be present. When plastic waste enters waterways, it does not degrade as natural materials do. Instead, exposure to the suns rays, reaction to oxygen, and degradation from physical elements such as waves and sand cause plastic debris to break down into tiny pieces. The smallest microplastics identified in public reports is 2.6 micron. A 2 micron carbon block such as TAPP 2 removes all microplastics larger than than 2-microns.

In the case of TAPP 2 this means that the activated carbon block also removes/reduces:

This is one of the most common drinking water issues in countries with poor infrastructure. Especially for waterborne gastrointestinal diseases (e.g. diarrhea that visitors not used to the local water get).

Natural water represents an adequate environment for bacteria and viruses to grow. Viruses are the smallest form of microorganisms capable of causing disease, particularly those of a fecal origin infectious to humans by waterborne transmission; bacteria are typically single-celled microorganisms that can also cause health problems in humans, animals or plants.

Generally the chlorine in tap water will kill all bacteria and viruses which is why filtering of these substances is not necessary for public water in Europe and North America. Activated carbon filters on their own are generally not sufficient to remove such contaminants.

Common in some places where the groundwater has been contaminated. Activated Carbon removes 30-70% of arsenic but is not sufficient in places where this is highlighted as a real problem.

If your local water contains one or more of these substances then you should ensure that the filter reduces them to a safe level. Most of the time this means combining activated carbon with other types of filters such as Ion Exchange. Read more about the best filtering technologies.

Activated Carbon is an exceptional material and technology for water filtering and solves many issues but not all.

Read about TAPP 2 in comparison with other water filters such as Brita, PUR and Culligan.

What does Activated Carbon remove – https://iaspub.epa.gov/tdb/pages/treatment/treatmentOverview.do?treatmentProcessId=2074826383

What does Activated Carbon remove http://www.purewaterproducts.com/articles/carbon 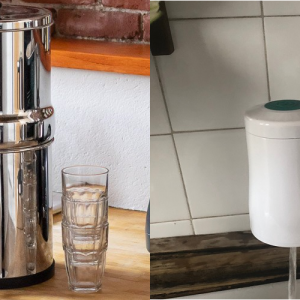 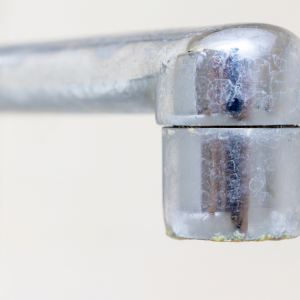 Myths about limescale in tap water and kidney stones 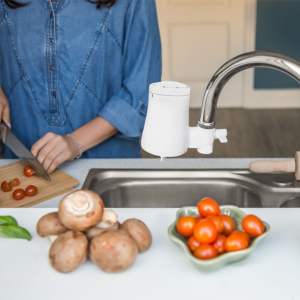 How can filtered water improve your health, wallet and the planet?

24 thoughts on “What does activated carbon filters remove from tap water?”

off on your first purchase

By submitting your email you accept our Terms & Conditions