WINTER SALES ❄️ Get 15% OFF your first purchase

There are many myths about the dangers of water pipe corrosion and leeching to tap water quality. Some of them are simply urban legends and others are spread by water filtration companies to support the sales of their products. But there are also real dangers such as lead pipes and unknown risks of leaching plastic pipes. So what’s the truth about the dangers of old pipes to tap water?

In this article we address the most common ones and debunk the myths.

Let’s start with the most common myths about old pipes and water infrastructure.

We will explain and debunk each of these below.

Where do tap water contaminants and other substances come from?

Tap water is never pure or perfectly clean. Normally it contains hundreds of substances in addition to H2O of which most are nothing to worry about.

There are essentially 5 sources of tap water contaminants/substances:

In this article we will focus on (3) the pipes and what is known today about pipe contamination.

What are water pipes made of and what are the risks?

Most pipes from the water source to your faucet are made of galvanised iron/steel, copper, PVC (UPVC, CPVC) or PEX. Some old pipes before it was banned are made of lead which is generally considered the worst problem. Your water supplier is obliged to inform you if the network contains lead pipes.

Nearly all metals will corrode to some degree. The rate and extent of corrosion depends on the degree of dissimilarity of the metals and the physical and chemical characteristics of the media, metal, and environment. Let’s explore the issues and health hazards of each type of piping.

Iron cast pipes will typically start rusting after a period of time and eventually the rust builds up and blocks the pipe. In the meantime the rust may collect in aerators and contaminate your tap water. There is no scientific evidence that this should cause health concerns.

Corrosion of copper pipe can lead to levels of copper in the drinking water that exceed health guidelines and cause bitter or metallic tasting water. Water experts generally claim that it will be visible in terms of color of the water before it causes a health risk.

After 30+ years use there is limited evidence of PVC corrosion or leaching posing a health risk. However, preliminary findings show different PEX brands affect water quality at different levels, and even pipes that pass safety tests may contain enough contaminants to affect water’s taste and smell, Whelton says.

To date, more than 150 contaminants have been found in water that flowed through PEX pipes in these and other studies. Since each of the more than 70 brands of PEX pipes can leach different chemicals, and there are no enforceable federal regulations, it’s difficult for consumers to weigh the health risks.

Also, the rubber seals degrade after 25-30 years. Although this is more likely to cause a water leakage issue than a health risk.

Lead is a real issue in the US and to some extent in Europe. Unfortunately Flint, Michigan and Newark, New Jersey are not isolated cases. In 2004, The Washington Post reported that 274 water utilities serving 11.5 million consumers had exceeded the Environmental Protection Agency’s lead standard in the previous four years and that several cities (including Boston, New York and Philadelphia) were out of compliance with EPA reporting requirements. Since then the replacement of lead pipes has accelerated but the problem has not gone away as we can see with recent cases.

The problem is that there is no safe level of lead for young children. In Washington DC in the 90s exposure was associated with a 37 percent increase in fetal deaths and hundreds of cases of elevated blood lead levels in young children. It’s also been found to cause an average 4 point decrease in IQ.

In Europe most public water infrastructure containing lead has been entirely replaced but old buildings, especially in the UK may still contain lead pipes.

Read more about how to remove lead from tap water .

All types of pipes can experience bacteria growth although old dirty pipes are more at risk. Biofilm forms when biomass such as bacteria, fungi, algae and mold adhere to surfaces in wet environments. These may sometimes release into the tap water stream whereof most will be neutralised by the chlorine. Despite this, some bacteria will be found in all tap water even if it’s chlorinated. Fortunately this is very unlikely to pose any health risks based on 100 years of tap water research and studies. Water providers constantly monitor the risk of pathogens (bacteria and viruses) in the water network.

Read more about biofilm in bacteria and water pipelines and Good bacteria in tap water.

How can pipe corrosion be detected or identified?

There are basically 2 ways:

Let’s explore these in a bit more detail.

Identifying pipe corrosion and leaching through visual taste and odor

Water quality complaints that may be due to corrosion include:

Identifying pipe corrosion and leaching by testing the water quality

These are a couple of the key indicators:

The most used method is the Langelier Saturation Index is a means of evaluating water quality data to determine if the water has a tendency to form a chemical scale. In order to use this index, the following laboratory analysis is needed: pH, conductivity, total dissolved solids, alkalinity, and total hardness.

By calculating LSI it could be possible to predict and sense pipe corrosion before it becomes a serious issue.

Lead contamination still needs to be tested for specifically though. The best way of testing for lead is contacting a professional lab and asking them for a test kit.

Please contact us if you have comments or questions.

How water providers manage pipe corrosion by controlling the pH:

What is the best water filter jug alternative to Brita, BWT or Philips? 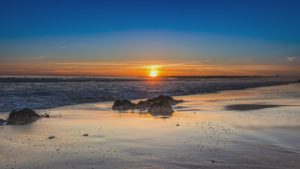 Can I drink tap water in Málaga (and Marbella)?

Philips Water Filter vs EcoPro by TAPP – Which product should you buy?