Does water have taste? Does it taste good? Why does water taste good or bad?

We spend a lot of time talking about our favorite tasting wine, beer, smoothie, ice cream, curry or olive oil. But what about water?

Water is consumed and used in cooking, food and drinks production and so many other things. It’s critical for survival and makes up almost two thirds of our bodies but yet we just take it for granted.

In this article we will explore how the human taste for water developed, what makes water taste so different, why some water is more filling than others and much more.

How did human taste for water develop?

During the first hundreds of thousands of years of human existence water was probably the only drink consumed other than breast milk for babies and the occasional coconut. This meant that the safety of the water was of critical importance. Was the pond contaminated with bacteria from dead animals, nitrate-nitrogen or contain elevated levels of natural fluoride?

To avoid contaminated water humans learned to differentiate between good water with no taste or odor versus bad water. As with all other things natural evolution led to the survival of the humans that were able to taste the difference.

This is why good drinking water should generally be tasteless and odourless.

Water is described as being tasteless and odorless, the baseline against which all other food and drink are compared. Our perception of flavor is based on aroma, and the five basic tastes: sweet, salty, bitter, sour and savory. Pure water does not contain compounds that elicit any of these tastes, and has a neutral scent, so we deem it “tasteless.”

The truth is, though, the water we regularly drink is rarely pure, and therefore we do detect subtle differences depending on the source, processing method and packaging.

Municipal tap water contains additives that make it safe to drink, including chlorine to kill harmful bacteria, and sometimes other substances to raise or lower the pH. Some people are more sensitive to the taste and smell of these additives, and may not enjoy drinking it. The recommended level of free chlorine at each tap to make it safe is 0.5-1 mg/L. Most people will start tasting the chlorine at 0.2 mg/L. This is why water filters are so effective in making the water taste better.

In some countries fluoride is added to mitigate tooth decay in those who drink it. Fluoride occurs naturally in Earth’s crust, in rocks and minerals, and in water at varying levels. It has no taste or smell and is also present in foods such as apples, tea and almonds.

What water tastes the best?

This is subjective as it generally depends on what tap water you consumed as a child. People that consume hard mineral rich water generally prefer this. On the other hand those who consumed low mineral water have a tendency to like this better later in life as well.

A popular preference in terms of taste is bottled mineral water, which naturally contains dissolved minerals, gasses and other chemical compounds. This lends different tastes depending on the source mineral spring. As it flows underground, these substances become integrated into the water, because water is a very good solvent.

What most people don’t know is that public tap water is often also mineral water. In cities such as Barcelona, Malaga, Marseille, Milan, Naples, Nice and Valencia the tap water mineral content is as high as most mineral water.

Hard tap water is thought to taste worse because of its higher mineral content. In reality, softer water is more likely to taste different than what you’re used to. Minerals improve water’s taste, while softer water lacks these taste differentiators. If your water is softened using a chemical or filtration system, it may taste slightly salty.‌

The best water for a cup of tea

The best water to brew coffee

What tap water tastes the worst?

Distilled water has no taste, yet it “tastes” bad because it tastes of nothing. It actually absorbs the “taste” already in your mouth. Water soluble minerals in the water we drink give it its flavor. So, depending on the source of the water and the minerals it absorbs determines its taste.

Reverse Osmosis water can be close to distilled water in taste and quality unless minerals are added back in.

Neither of these are necessarily bad for your health. In fact they may be good.

Some water is more filling than other

The content of the water may also impact how filling it feels for your body when gulping down a large glass or bottle of water. Generally the rule is that water with high mineral content will feel more filling than pure or distilled water such as reverse osmosis water.

Sparkling water will give even more sense of filling.

Like wine, tasting water is a look, sniff, and sip process. The water should be clear and free of odor; its mouthfeel should be “refreshing.” A good water can be tasteless, or could have a “pleasant” taste. There are actually many competitions around the world both for tap water and bottled water.

For example water sommelier Martin Riese claims his 90210 water is “Round and smooth in your pallet”.

He also makes a point of high TDS being a good indicator of the mineral content and thus quality of “real” water.

Purified Water: Derived from a municipal source and has been filtered through reverse osmosis with a minimum amount of added minerals.

Spring Water: The most honest form of water sourced from natural springs.

Mineral Water: Comes from natural springs and has to have a mineral content, also known as TDS (total dissolved solids), of at least 250ppm.

Distilled Water: Water that has many of its impurities removed through distillation. Distillation involves boiling the water and then condensing the steam into a clean container. Longterm consumption of distilled or demineralized water containing low TDS levels is not recommended and can be linked to increased diuresis, body water volume, serum sodium concentrations, decreased serum potassium concentration, and increased elimination of sodium, potassium, chloride, calcium and magnesium ions from the body. Simply put, drinking distilled water for an extended period of time can put one’s health in jeopardy.

What about the age of water?

Here it gets a bit more tricky. The water we drink might actually older than planet earth.

The age of water clearly doesn’t impact it’s taste. However, what can impact taste is if the water is exposed to organic compounds such as bacteria from your mouth, oxygen or other external substances for an extended period. This is why the water in your refillable water bottle will start tasting bad after a day or two. Same thing for a opened plastic water bottle if you leave it open for a while.

What is the best water filter for removing bacteria? 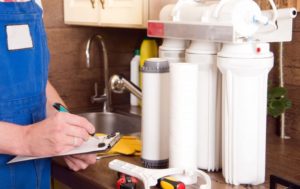 What are the pros and cons of Reverse Osmosis water filters? 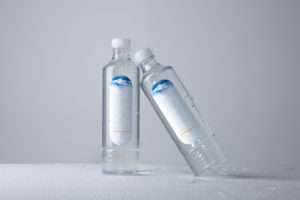 What are the health benefits of mineral water? 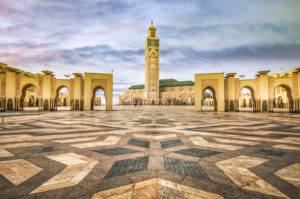 Can I drink the tap water in Morocco? 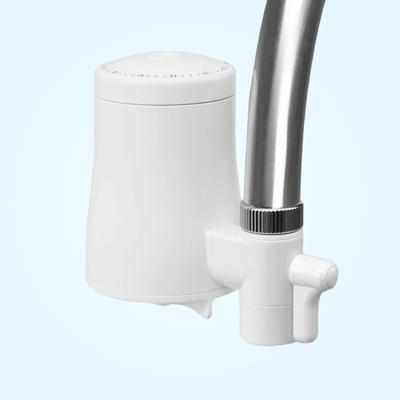 Filter for faucet. filter the
lime and +100 contaminants 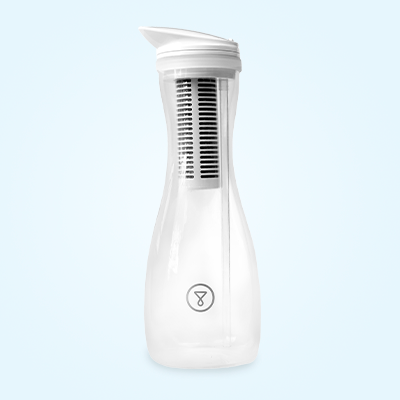